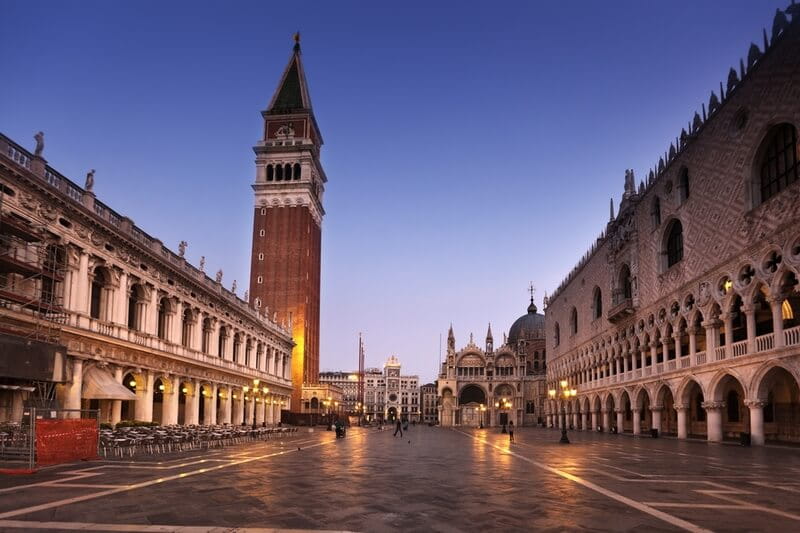 Venice is, without a doubt, one of the most interesting and beautiful places on the planet. This city attracts tens of thousands of tourists from different countries, thanks to its old architecture, winding canals and unique lifestyle. Moreover, Venice serves as a great inspiration for photographers of any level - from amateurs with smart phone cameras to professionals with equipment that cost thousands of dollars. It is no surprise. Anyone, who has been to this beautiful Italian city at least once, will tell you, that every house, every canal, even any gondolier is unique and has their own charm.

If you are going on a trip to Europe, don’t forget to spend at least one day in Venice - you definitely won’t regret it. Even though 24 hours wouldn’t be enough to capture all the beauty of the city on the water, we would like to share with you seven interesting places, which you should photograph and add to your family photo album.

St. Mark’s Square is in the center of the city next to the Palace of Doges and the famous bell-tower of Saint Mark’s Basilica. There are always many tourists here, so if you prefer quiet and secluded places, you need to come here late in the evening or early in the morning – take a few pictures and continue exploring the city. One of the peculiar attractions of this square is pigeons. There are so many of them that there are legends about how these birds once appeared in the heart of Venice. You can photograph them too. Among other things, St. Mark’s Square was beautifully described in Dan Brown’s novel “Inferno”, which is why it is a must-visit place for the author’s fans. They can pretend that they are professor Langdon and take a picture of themselves standing underneath the bright sun of Venice. The square is surrounded by many landmarks, so you will be able to find a great background no matter where you look. 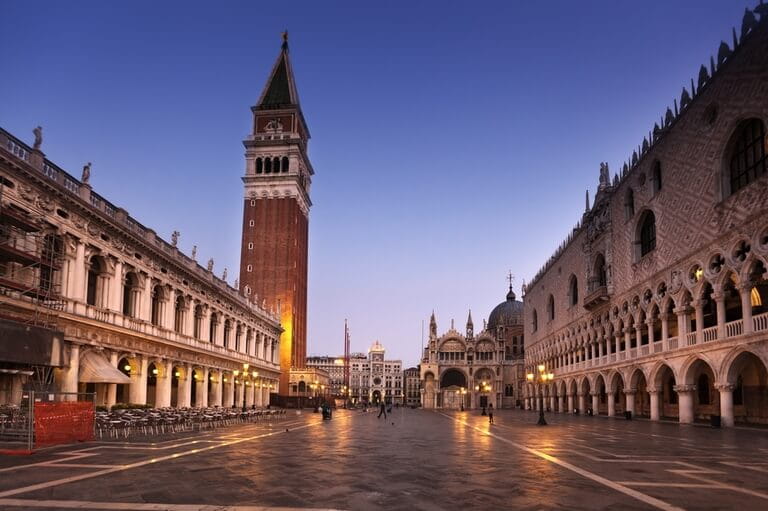 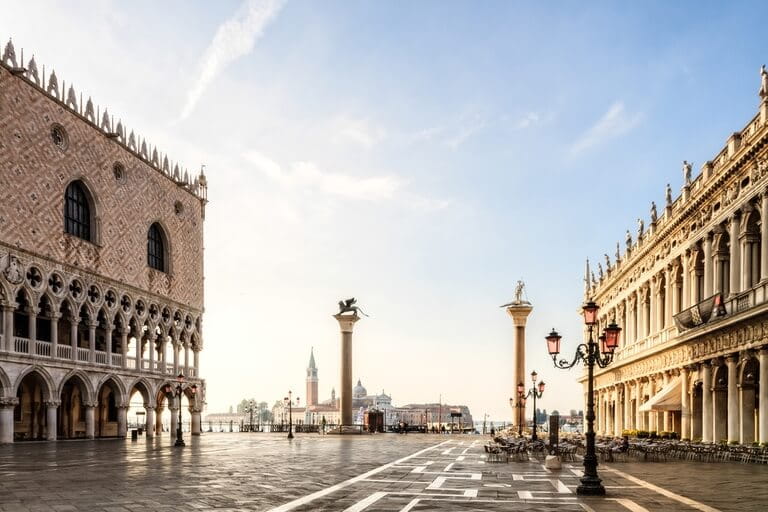 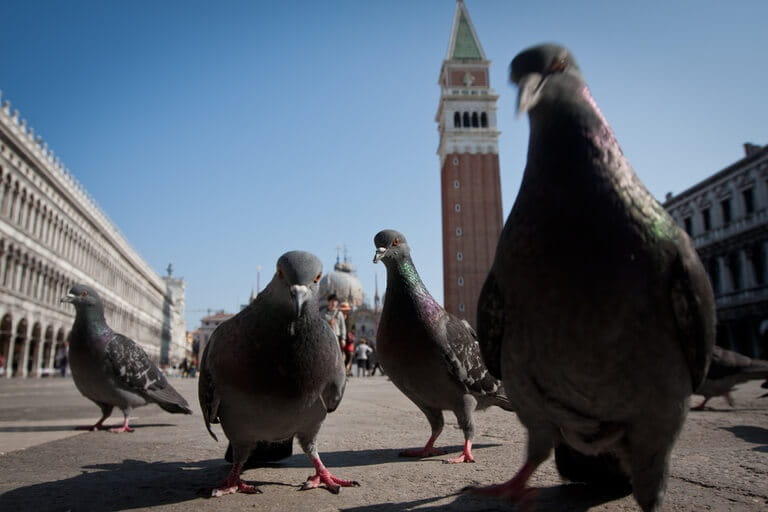 Even though the Doge’s Palace is situated on the St. Mark’s Square, it deserves a separate paragraph. From the end of the seventh century to the end of the eighteenth century a Doge had been an elected ruler of the Republic of Venice. So the palaces of the heads of the state were the most luxurious in the country. In this building the supreme committees had their sessions and the secret police went about their business. Nowadays it functions as a museum. The palace was built in the gothic style and it is one of the main landmarks of the city. Just like all gothic buildings the palace has straight and smooth lines as well as many sculptures of different sizes on the exterior. The best place for taking pictures is between pillars on the first and the second floors and also in the main corridor in front of the entrance, if you’re looking at the building from the side. If you take pictures of the yard itself, you will see many sculptures of angels, lions and other creatures. 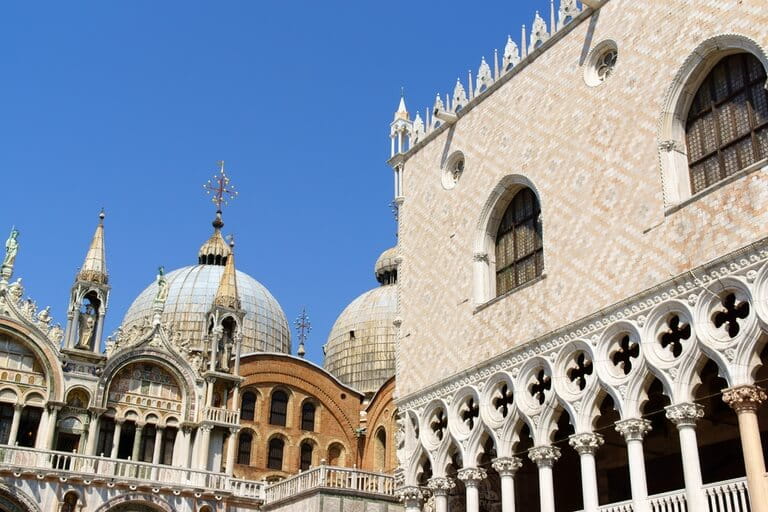 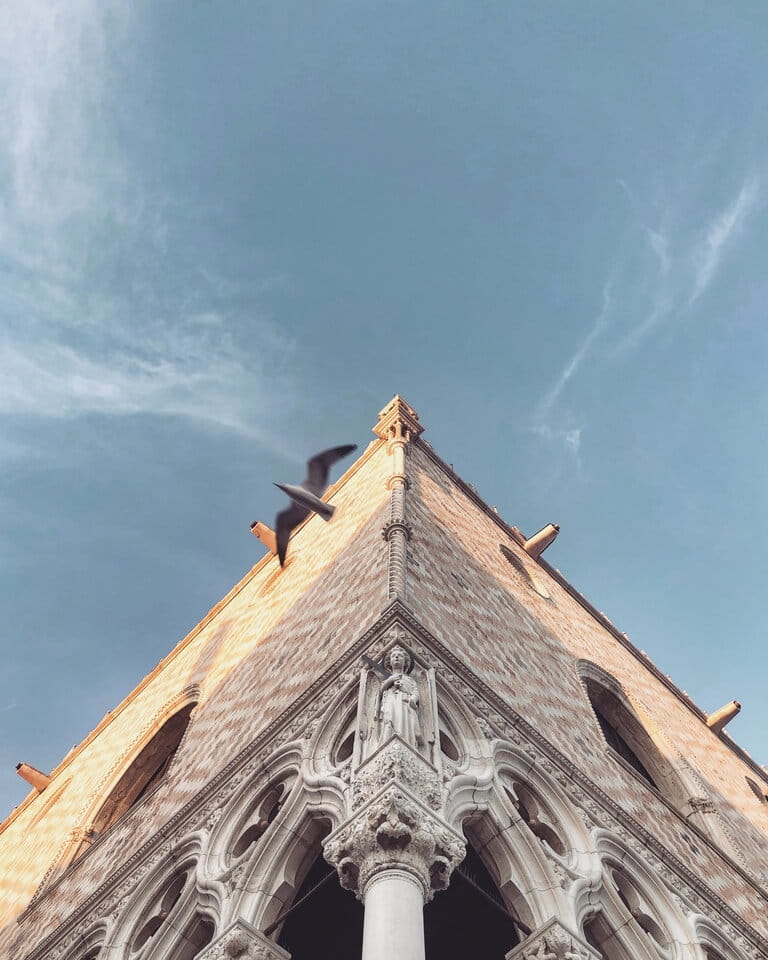 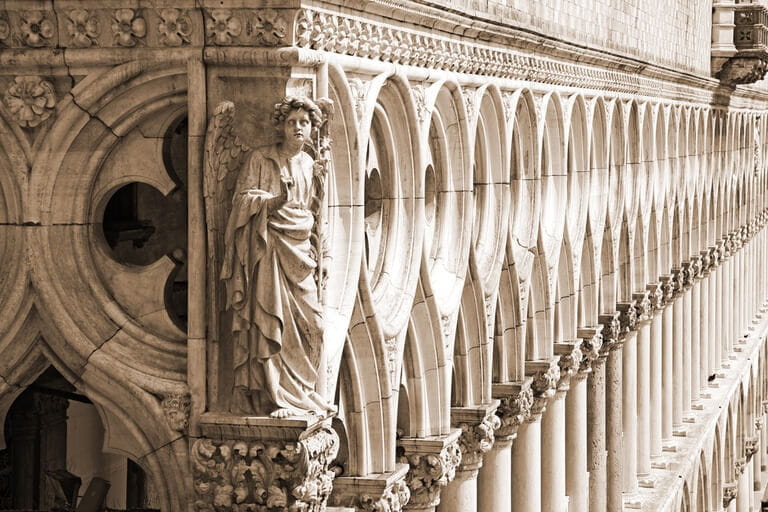 In 2017 the famous contemporary sculptor Lorenzo Quinn revealed to the world his new work, which he called “Support”. It depicts two giant hands that rise from the Grand Canal, creating an illusion of holding the hotel Ca’Sagredo. The sculpture symbolizes the strength of a human being, his ability to create as well as to destruct. The sculptor wanted the humankind to notice the problem of the climate change and create the conditions for Venice to survive and not to be whipped off from the face of the Earth. This sculpture has an important message; it is also a unique and beautiful work of contemporary art. Every tourist must visit this place and take a picture with it. 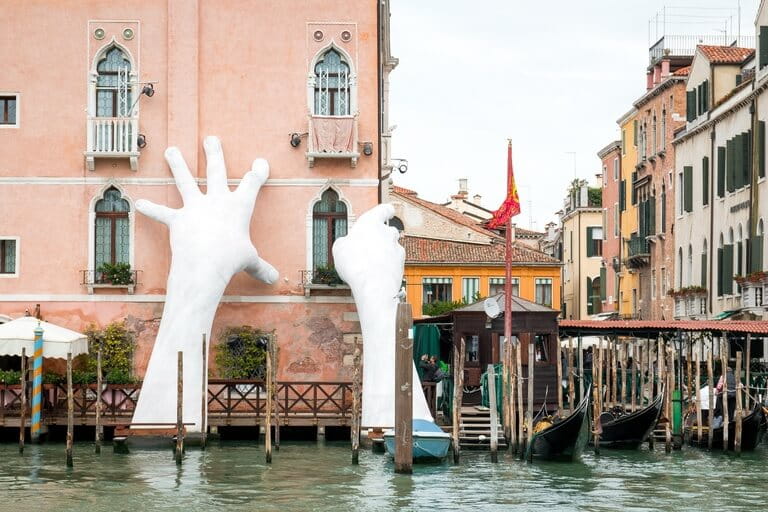 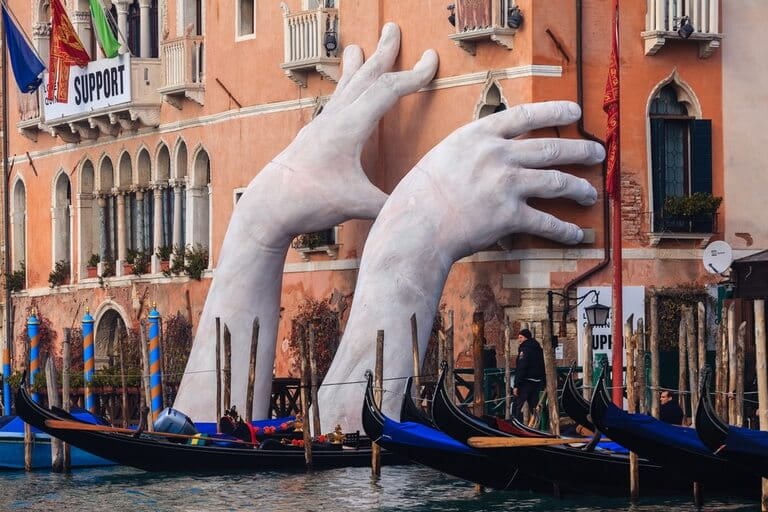 The Bridge of Sighs is a baroque piece of architecture and was built in the beginning of the seventeenth century. It connects the Doge’s Palace, where all the trials took place, and the prison. The bridge got its name for a reason – it is a symbol of the sad sighs of the prisoners, who crossed the bridge to serve their sentence. According to the legend the prisoners sighed sadly not only because they were thinking about their seclusion from the people and the world for many years. While crossing this bridge the prisoners took the last glimpse of the indescribable beauty of Venice; all of the most beautiful buildings were gathered in one place, along the Palace Canal. They felt sad, because they wouldn’t be able to see all the glory of the city from the tiny windows of the prison. The Bridge of Sighs is an integral part of the Venice’s history. It fits perfectly in the city’s architecture. The picture of it or with it will look amazing in any family photo album! A great idea for a photo is the following: you should face the landmark and turn your back to the photographer with both of you standing on one of the nearby bridges. Alternatively you can take a picture while taking a ride on a gondola, when it is going to pass underneath the bridge. 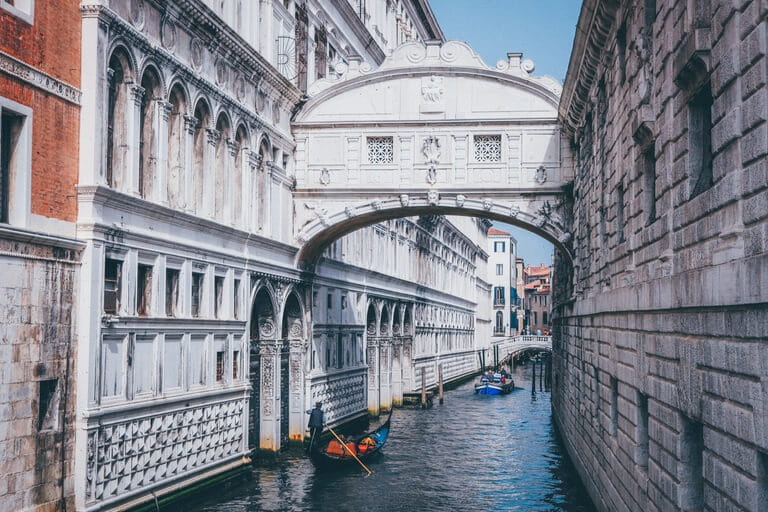 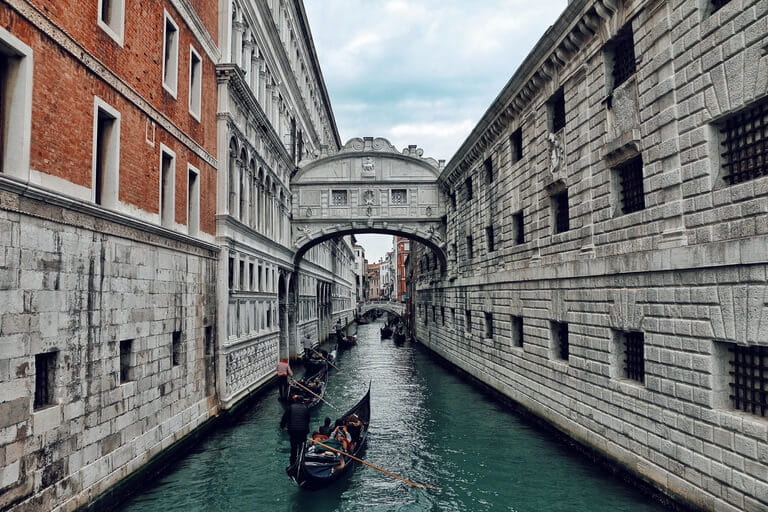 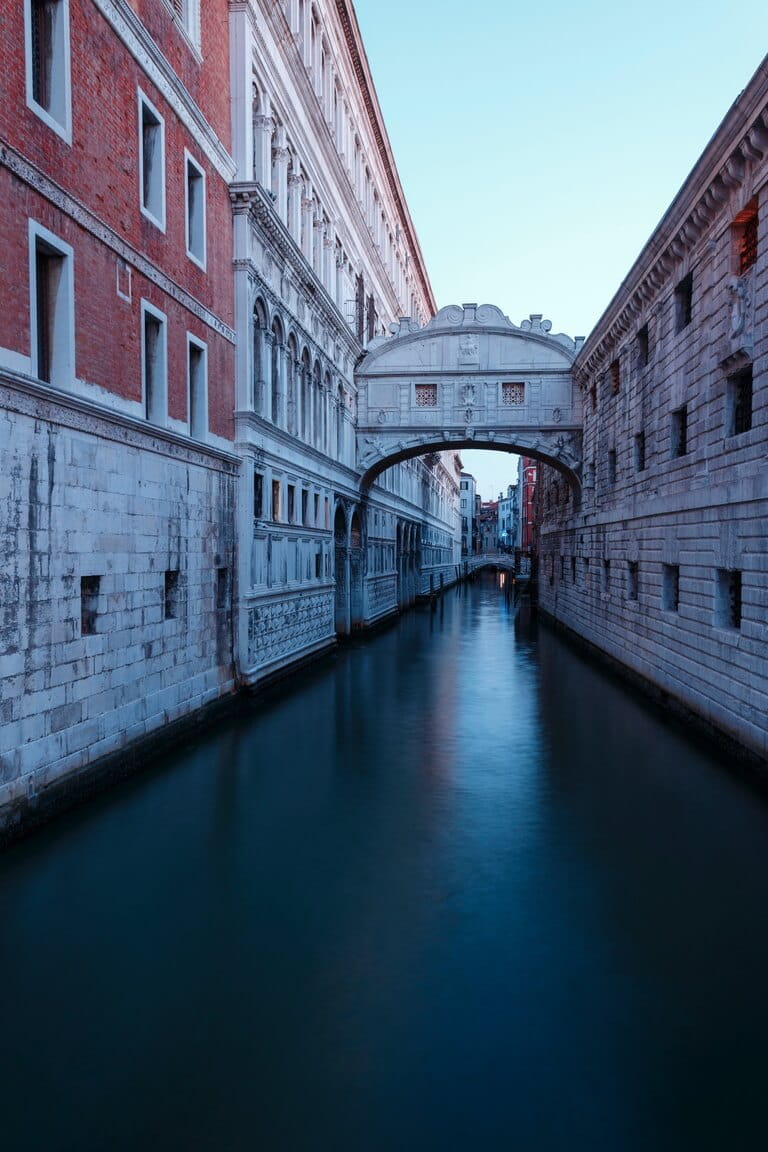 The Rialto’s bridge is the first bridge to be built across the Grand Canal. The prototype of the bridge was built in the same place in the twelfth century, however, only the version that was built in 1591 survived till nowadays. The bridge is located not far from the famous Rialto market, hence the name. The mention of this piece of architecture can be found in the William Shakespeare’s play “The Merchant of Venice” and in the computer game “Assassin’s Creed II”. The true fans of the medieval drama and adventure video games should definitely visit the bridge and take a couple of pictures. However, the experience has proven that photos taken on the bridge do not look as impressive as you would like them to. That is why you should take a tour along the canal or buy a ride on a gondola and take a picture of the bridge or yourself with the bridge as the background from a far. 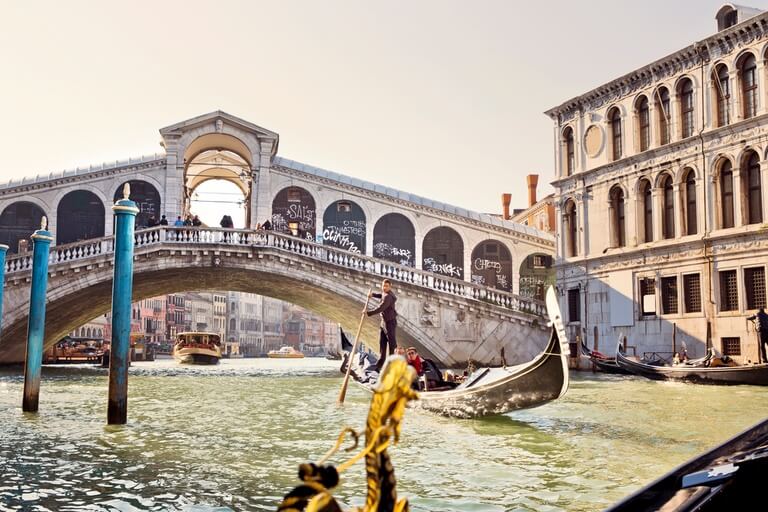 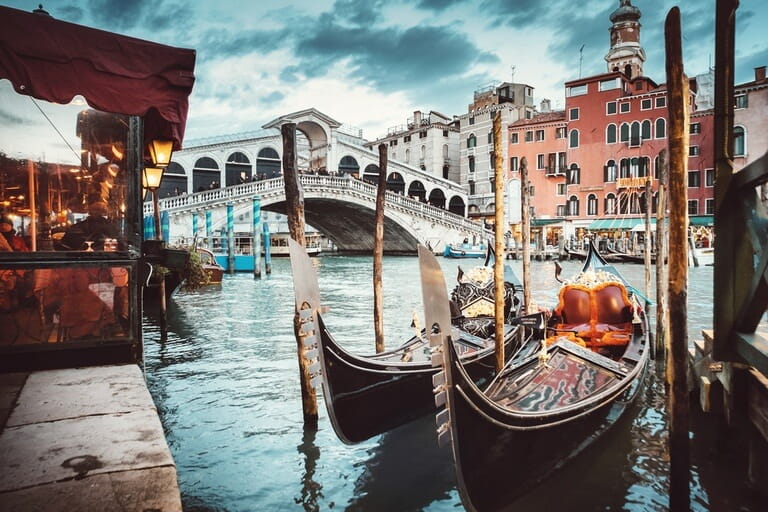 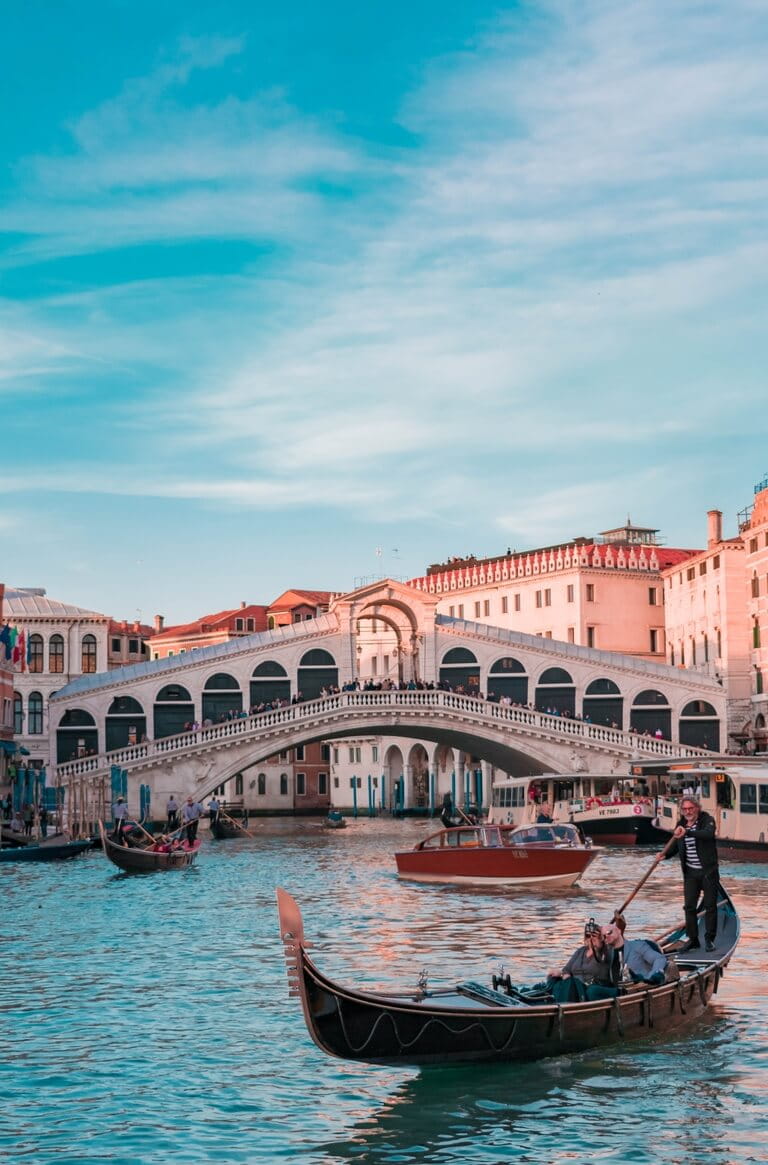 You may think that the Burano Quarter was built specifically for the photoshoots. Nevertheless, the island is around seven kilometers away from the center of the city and it takes around forty minutes of a gondola ride to get to it. Since the old times Burano was the place of fishermen and women, who wove the world famous lace. However, nowadays the quarter is known for its colorful houses of two or three floors. People usually say about places like this one: “It is better to see it once, than to hear about it a thousand times”. Moreover, the quarter is known for the beautiful church of San Marino and the sculpture of two lanterns. It is the perfect place for women to take amazing pictures of themselves, because at least one or two houses will be compatible with their outfit. Photos from Burano will come out as cheerful, vibrant and full of bright colors. 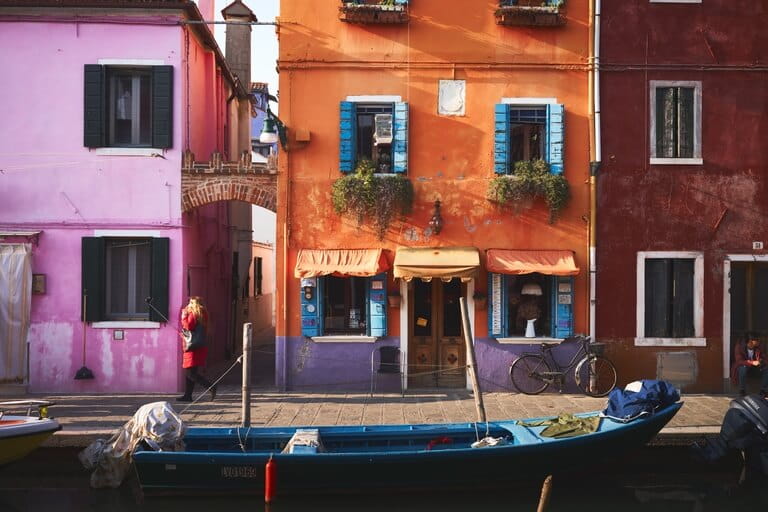 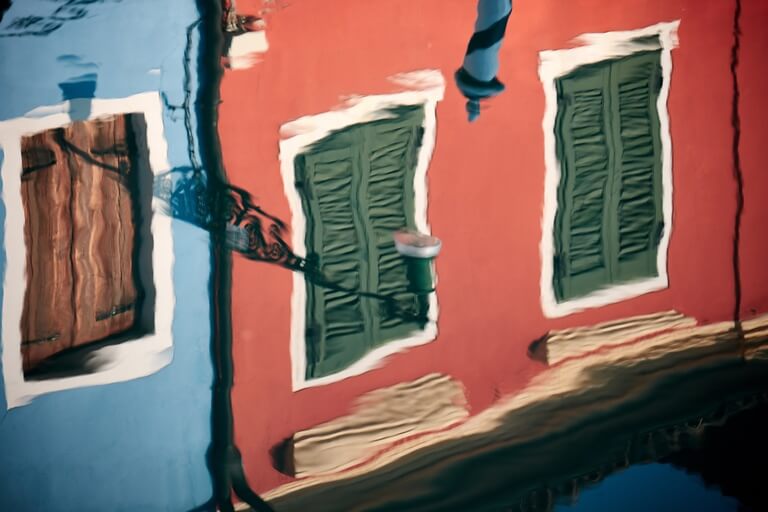 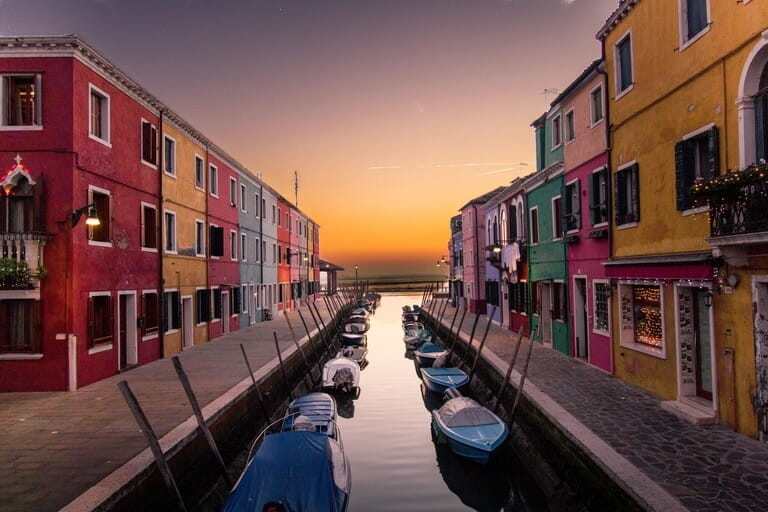 Last, but not least in our list of interesting and photogenic places for photos in Venice is the island of San Giorgio Maggiore. The buildings were put up here during the Roman Empire and nowadays it attracts a lot of tourists from all over the world. The San Giorgio Maggiore Cathedral occupies the majority of the island. The famous Tintoretto’s “Lords Supper” is kept here. However, you can take the best photographs of this place not when you are on the island, but when you’re in the main part of the city. If you love cityscapes and sea scenery, come here when it’s closer to the evening. You can snap a great image by including gondolas waiting for their departure in the foreground. A tender, beautiful sunrise reflects in the still water. And in the distance there is a marvelous cathedral. You can focus on the foreground or the background. You will achieve the best results by experimenting. The inland part of the city has special wooden bridges, which can add a great element to the composition of your shot (like in the third picture). This background is absolutely perfect for the romantic images. 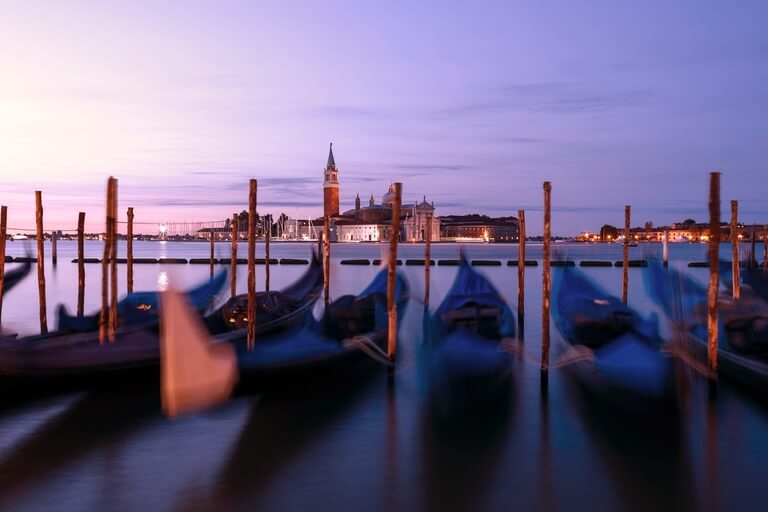 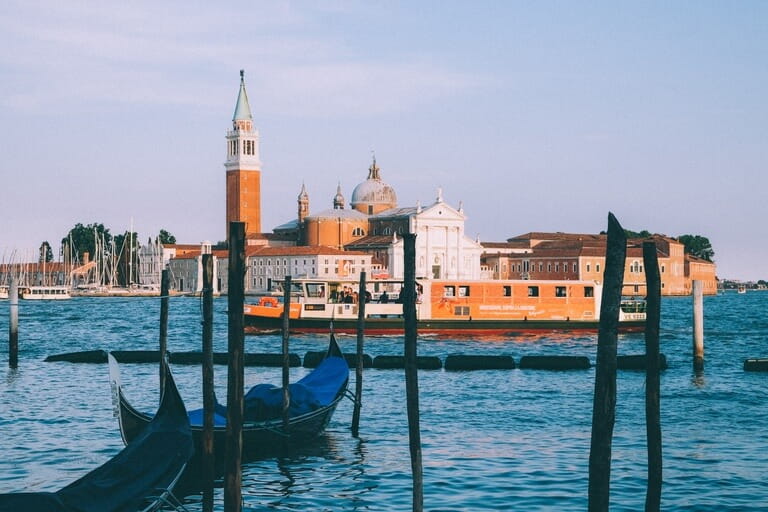 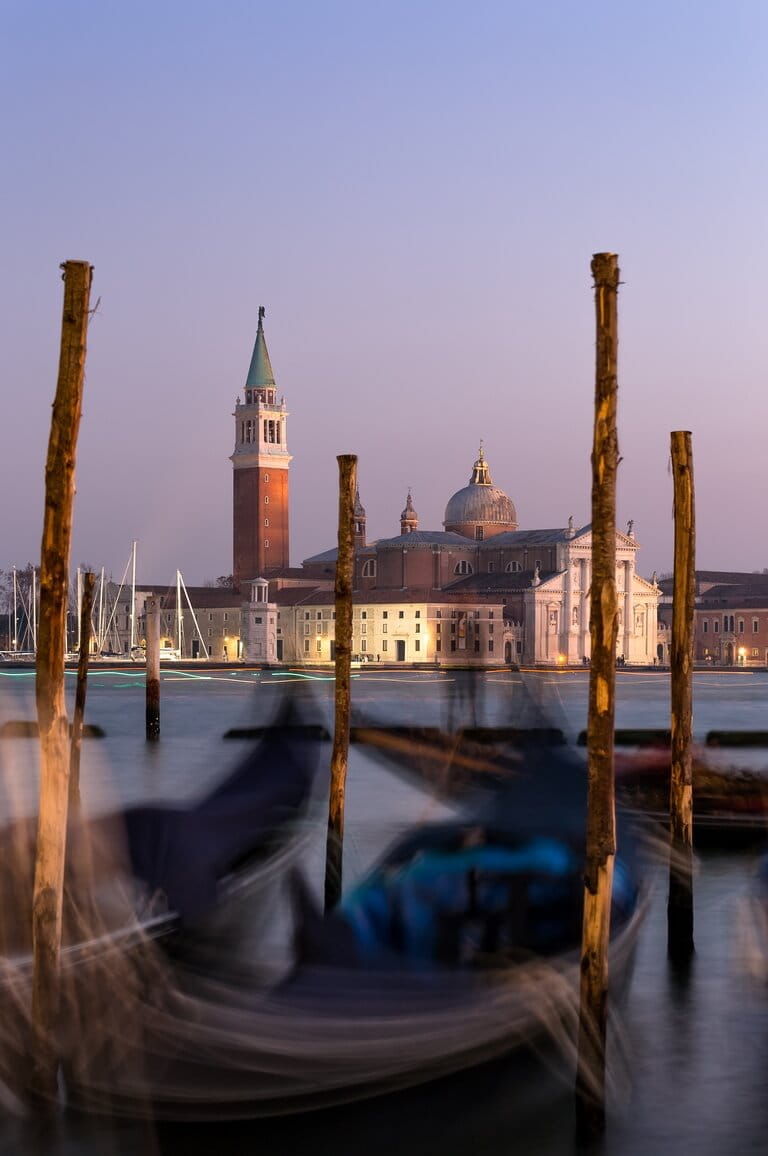 Of course, Venice is a beautiful city and by all means you should see far more than only these seven landmarks. However, in our list we gather the places that you absolutely must visit! We wish you good luck and hope that your trip to the heart of the Italy will bring you only heartwarming and happy memories as well as tons of beautiful pictures.

Photos for the article were provided by the websites unsplash.com и depositphotos.com