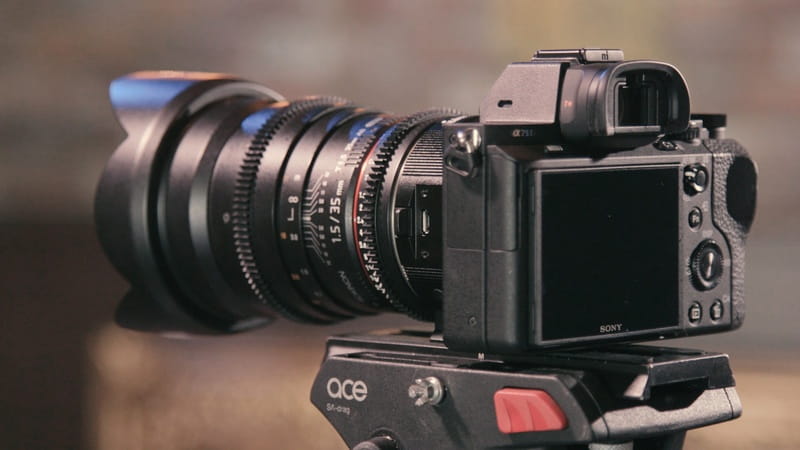 Mirrorless camera technology perspectives. Is it the future or the trend that will pass?

Let’s talk about the future of camera technologies. The future that is partially already here as two major camera brands - Nikon and Canon - introduced their new full-frame mirrorless cameras this year. Of course, these aren’t the very first mirrorless cameras on the market, because Sony’s amazing cameras have been around for a while, but we are jumping ahead of ourselves.

First of all, it is still a relatively new technology, so there are a few drawbacks that need to be considered by both the customers wishing to purchase this new wonder and the camera manufacturers to fix them in the future. The size. If you own a fancy high-end full-frame DSLR, you know that the body alone is heavy and bulky. Even if you have a mid-range camera like Canon 80D, it is still pretty big. The popularity of mirrorless cameras might have grown so much partially because of their size. You can’t just put a DSLR in your pocket and go for a walk. Phones are with us constantly and now they have great cameras built-in, so fewer people decide against buying a photo-camera. Consequently, camera manufacturers had to come up with a solution and mirrorless cameras have done the trick. If you ever wondered why DSLRs - even an entry level one - are bigger than point-and-shoot, it’s because there’s a small mirror inside. A body of a mirrorless camera is smaller than a body of a DSLR, because there is no mirror. It is lightweight and, as a result, you will take it with you more willingly than a bulky DSLR.

However, some lenses are still big and heavy and there is no way of making them smaller. If you have lenses with fixed focal length like a 50 mm and you mostly use this lens, then it won’t be much of a problem. Your mirrorless camera is going to feel nice in your hands. But if you prefer to shoot with a telephoto lens or just a lens with a wide range of focal length, then it’s going to be heavy, despite a lightweight camera body. Of course, it is not going to be as heavy as a DSLR body with a telephoto lens, but keep in mind that the difference in weight might not be so drastic. Also, when you use a large lens, like a telephoto lens, with a mirrorless camera body, the balance might be a bit off. It’s a lot like mounting a big lens on an entry level DSLR like Canon 750D - the lens will outweigh the camera body.

Speaking of lenses, you might need new lenses or at least an adapter. Let’s say you own a Canon DSLR and a couple of Canon lenses, and you want to buy a mirrorless Sony A7III because of its great reviews. Your Canon lenses won’t fit onto a Sony body. There are some third party companies that produce special adapters, which allow you to mount your old lenses onto a new mirrorless body. That being said, there used to be some performance issues. Recently this technological problem has somewhat improved. Canon and Nikon developed adaptors for their mirrorless cameras, which work perfectly with lenses of their brands. As it has been already established, there is no mirror inside of a mirrorless camera. It may be a good thing when it comes to size and weight, but it means that there is no barrier between the sensor and the lens mount now. In other words, you have to be extremely careful with your sensor. Whether you have a mirrorless camera or a DSLR, you still have to clean you gear once in a while. But, for example, if you are on a beach or in a desert and you have to change lenses, there is a high chance sand and dirt might get on your sensor. You don’t want that to happen. Not to mention that the possibility of getting your sensor damaged increases. Luckily, Canon has already solved this problem: when their mirrorless Canon EOS R is turned off, the shutter comes down, protecting the sensor. Hopefully, the rest of the brands will incorporate that aspect in their future models.

Mirrorless camera users can now shoot in “Silent mode”. Some DSLRs have so called “Quiet mode”, but the problem is that no matter whether it is enabled or not, the mirrors inside of a DSLR have to flip in order to capture an image. And when those mirrors flip, you hear a distinct noise and people can hear it too. If you like candid photography and you want to be discreet , a mirrorless camera might be the perfect fit for you. When you enable “silent mode”, your camera is going to shoot without any noise. Keep in mind, that some mirrorless cameras do not allow to use “silent mode” and “continuous shooting mode” at the same time. But hopefully, it is going to be fixed as the mirrorless technology is still developing.

If you happen to own an iphone, you know that the battery life in the new models is short, because they are relatively thin. The thinner the battery, the less charge it has. You might be wondering whether it is true for a mirrorless camera and…unfortunately, it is. Mirrorless cameras don’t have a large battery, so if you shoot a lot, you might need to buy a couple of spares. The size is only a part of the problem. Mirrorless cameras have an electronic view finder or EVF. Usually, you can turn on a live view mode and look at your LCD screen or you look through a view finder, when you are composing and taking your shot. DSLRs have an optical view finder, so if you look in it, you’ll be able to see everything within your frame, whether your camera turned on or not. Imagine that you need to take a few more shots, but your battery is dying. You can prolong its life by turning off your camera, looking through the view finder and composing your shot, then turning on the camera and taking your shot. Unfortunately, with mirrorless cameras this trick won’t work, because if the camera is turned off you can’t see anything in the electronic view finder. Also, since it’s an electronic technology, it’ll drain your battery charge much faster. Despite this issue, EVF can be better than an optical one as there is a lot more information displayed right in front of your eye, so you don’t have to check your LCD screen. As for the small battery life, rumor has it, there are some models that allow you to charge them through a USB cable. You can hook up your mirrorless camera to a laptop or a power bank and continue shooting. Mirrorless full-frame cameras have a wide-range of focusing points. Most of high-end DSLRs have over 60 focus points, whereas mirrorless cameras can focus on almost anywhere within your shot. DSLRs focus faster, but it is possible that camera manufacturers will come up with the solution for this problem in the future. Another ambivalent con of mirrorless cameras is that the majority of the models nowadays don’t have an in-body stabilization. It can be an issue, because the video might be too wonky if you don’t use a gimbal or a tripod.

Last, but not least - and it is definitely a con - is the price. Simple mirrorless cameras with interchangeable lenses made for beginners are generally affordable. Mirrorless full-frame cameras are another story. They cost as much as high-end full-frame DSLRs, plus you’ll need to buy some spare batteries and an adaptor for your lenses, if you have any. For now, as it’s a new technology, full-frame mirrorless cameras are going to stay on the pricey side, yet it is perfectly understandable why.

If you have already got your hands on the new mirrorless wonder and took a couple of pictures, don’t forget to watermark your photos before posting online. Visual Watermark is a great and easy-to-use photo watermarking app, which will help you quickly watermark your masterpieces. We can only imagine what the future camera technologies will look like and what technology perspectives are in store for us. Without a doubt, a mirrorless cameras is a new milestone in the history of photography. It is not perfect and there is some room for improvement, but it is already a decent competitor for a DSLR.